With the development of a new generation of information networks and the application of biometric technology, the security of identity authentication has gradually become the top priority.

It is understood that, as the distribution company of the Android operating system, Google requires that for Android phones equipped with the latest version of the mobile operating system Android 11 and a 2D face recognition module with high security capabilities, manufacturers need to submit a test application to a designated laboratory , After passing the evaluation and testing of the biometric module, it can be sold on the market .

Previously, most domestic and foreign Android mobile phone manufacturers or mainstream laboratories performed biometric tests manually . The full-automatic detection system launched by the Ant Security Lab can detect the security of fingerprints and face modules on the equipment submitted by the manufacturer under zero manual intervention; at the same time, it can change different light, angles, prosthetic materials and Process, attack methods, etc., with more than 30,000 security tests, reproduce various problems for manufacturers and provide solutions to prevent possible risks. 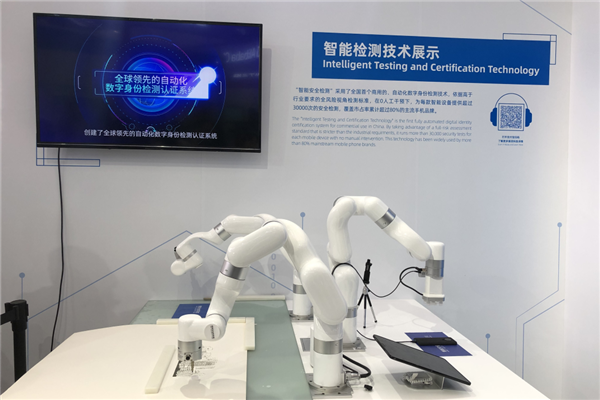 According to reports, this detection system is also the country’s first biometric security detection system from the perspective of attack . Taking fingerprint detection technology as an example, the Ant Security Laboratory clearly listed the classification and production methods of fake fingerprints for the first time, and defined more than 70 different levels of attack methods and prosthetic production processes; at the same time, it can quickly record and replay attack data , Completely restore the test process, can locate and fix the problem more quickly.

In addition to preventing attack risks,

this detection system will also serve as a “fault finder”, including various possible oolong presentation risks into the detection scope. For example, there may be creases on the film during the fingerprint registration process.

Ignoring the user’s real fingerprints may lead to the risk of the mobile phone being stolen by others. According to reports, there is no precedent in the world for this full-risk perspective of testing standards.

In recent years, biometric technologies such as fingerprints and faces have become standard features of mobile devices. However, biometrics technology involves multiple links from the underlying hardware, chips, sensors to the operating system, application layer, and cloud review. The technology vendors, chip vendors, equipment vendors, and application vendors in the industry chain also have their own standards. The security situation is not guaranteed.

As the world’s first biometric fully automated security testing agency recognized by Google, Dr. Chen Jidong, head of the Ant Security Dimensity Laboratory, said that he will continue to improve the digital identity technology and related evaluation systems, and promised that “this technology will be available to the industry Open cooperation”.

At present, the Ant Security Dimensity Laboratory has completed the testing and certification of 50 mobile phone models, serving the four major fingerprint manufacturers of Goodix, Silimicro, Aegis, and FPC, as well as 13 domestic and foreign mobile phone manufacturers. The industry test cost has been increased from 3,500 in the whole year. Person/day is reduced to 0 person/day.

Like Loading...
PrevChildren should not use electronic products continuously for more than 15 minutes:
NASA released rare photos of Mars netizens: This is exactly the beach of the earthNext