In the early hours of this morning, Apple announced that the 2021 spring special event will be held online at 1 am on April 21, Beijing time. The theme of the conference is “Come in Spring”, and it is expected to release the new iPad Pro Series,

is that it seems that Apple and Samsung have already “arranged” in advance. After Apple’s announcement, Samsung officially announced the next Unpacked event today.

Samsung Electronics said,The Galaxy Unpacked new product launch conference will be held at 22 o’clock in the evening on April 28th, Beijing time. Officials claim that it will launch the “strongest Galaxy device”.

Given that Samsung’s flagship Galaxy S series is updated soon, it is unlikely that Samsung will release a new phone, and the rumored Galaxy Z Fold 3 is expected to be launched in July.

It is worth mentioning that, judging from the trailer for the Galaxy conference released by Samsung, this new product may be the Galaxy Book series notebook. 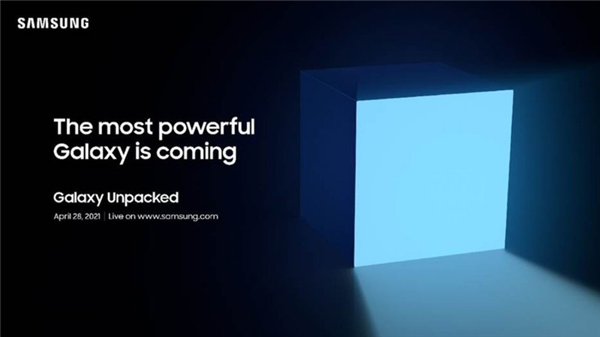 According to the news, Samsung Galaxy Book Pro and Galaxy Book Pro 360 have passed South Korean safety certification not long ago, and the two laptops will be available in 13.3-inch and 15.6-inch options.

It has been confirmed that the new product will be equipped with Samsung’s own 90Hz OLED screen and support the S Pen stylus.

Like Loading...
PrevSnapdragon 895 machine emperor!Samsung Galaxy S22 series preview: cooperation with Olympus
The world’s richest man Musk’s girlfriend has a tattoo on his back: Feel the “alien scars”Next