As a young brand that has just returned to the domestic market, realme will become the only mobile phone manufacturer to maintain a positive market growth in 2020, and it has grown very rapidly.

However, since realme’s products are very rich and the product line is more complicated,

it is difficult for consumers to distinguish the positioning of realme models.

published an article today to introduce the product line layout.

It is worth mentioning that,Wang Wei also exposed for the first time a brand new flagship model, the realme X7 Pro Extreme Edition,

And revealed that it will be equipped with a curved display and will become the cheapest Samsung 3D flexible screen model on the market.

At the same time, it will focus on thin and light design. 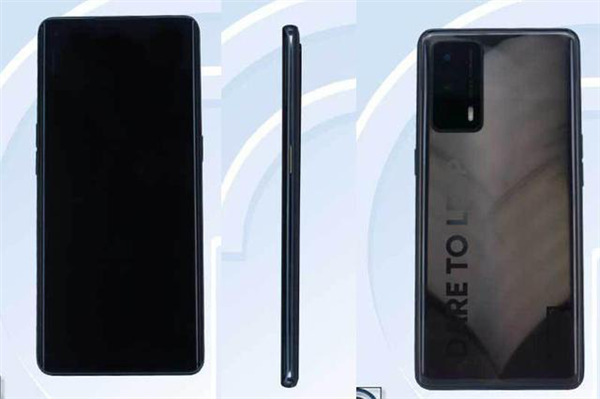 Based on the current known news, the realme X7 Pro Extreme Edition, is the mysterious, flagship that has just been launched on the Internet recently.

The machine will adopt the mainstream surface screen with a hole in the upper left corner, and the back of the fuselage will continue the realme family-style matrix camera module.

And is equipped with a “DARE TO LEAP” (Dare to Leap) logo.

According to relevant revelations: Realme X7 Pro Extreme Edition will be equipped with a 6.55-inch display with a resolution of 2400×1080, a refresh rate of 120Hz, support for screen fingerprints, a built-in 4500mAh dual battery cell, and support for 65W wired fast charging.

مزید پڑھیں
Women’s online shopping for iPhone 12 Pro Max: I was shocked after receiving the goods

And the core temperature can be lowered by 10 degrees Celsius, which can better exert the ultimate performance.

It is worth mentioning that,Wang Wei also revealed that the realme X series will be responsible for the entire brand’s appearance in the future.

A master version brought by Mr. Naoto Fukasawa will also be launched for the realme X7 Pro Extreme Edition,

I hope to be the product that everyone wants to buy when they look at their looks.