Can a computer as big as a bottle of Coke drive APEX?

I don’t know if you still remember the microcomputer that the hacker Kiko assembled in the prison in “Detective Chinatown”. A few accessories were removed and it became a computer with two clicks. .

To tell you everyone, Tony wanted to build a computer like this after seeing it.

Driven by curiosity, I searched around today and found that there is actually a MacBook Air the same size as the palm of your hand. However, the blogger was fiddled with for a long time, and the MacBook did not respond at all, and later learned that it was just a mirror. .

There is also a computer, so small that it can only hold a key. Enter A and press once, and enter Z, then press 26 times.

But until the man took out a “new product” smaller than earwax and smashed the previous computer with a hammer, Tony discovered that it was a spoof video at all.

Although the host computer is not as big as a Coke, it can not only watch videos, but also play large games like APEX.

Don’t tell me, this is smoother than Tony’s master machine.

In addition to mini PCs, this old man has also made mini MacBooks and iMacs.

The key is that they can all run. .

At first Tony felt that it would not be easy to make a computer mini and silky.

After watching the video, I found that the original process was not as complicated as imagined. . Even small partners with strong hands-on ability can follow suit.

Don’t worry, let’s take a look at how this mini PC that can play APEX is made. . .

First, I printed a small case with a 3D printer.

After coloring it, sand it a bit.

Cut the dust-proof net and acrylic board according to the size of the case, and a case shell is probably completed.

Then the old man took out a Raspberry Pi 3B+ and soldered the power cord. Raspberry Pi is actually equivalent to a motherboard, which can run Linux systems and Windows 10 IoT. 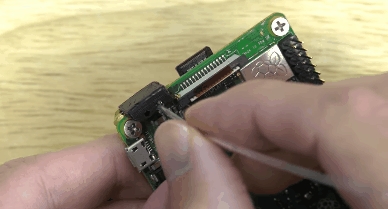 After fixing the Raspberry Pi to the chassis, it is also equipped with a cool RGB fan. 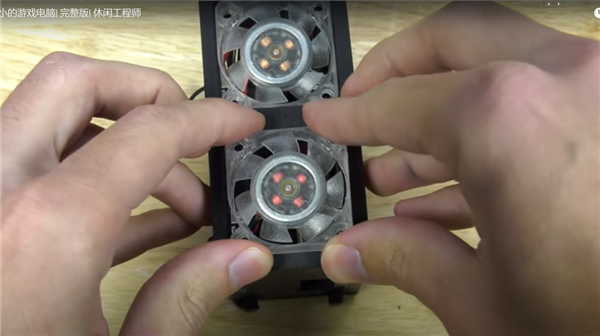 Finally, my brother installed a GPU. (When does Raspberry Pi support GPU installation?) 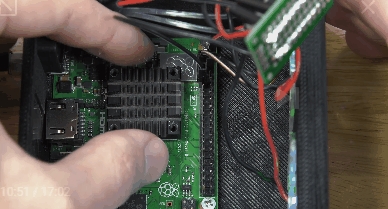 Finally, connect the power cords of the motherboard, GPU, and fan, and the complete host is ready. 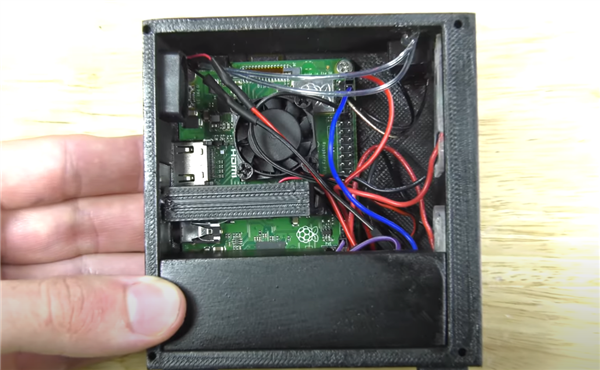 After connecting the mini keyboard and monitor, the little brother relished his own YouTube channel and played APEX. 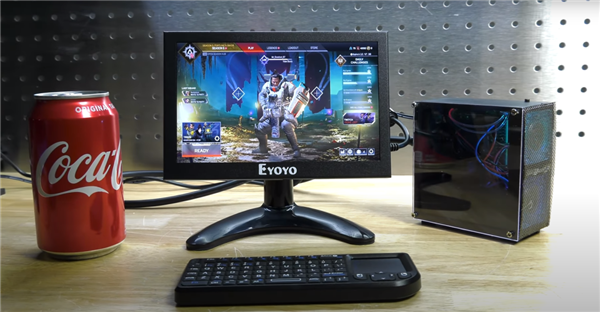 Ah, is this over? It seems that there is no particularly difficult operation. But here comes the question, how can only a raspberry pi drive APEX, and the liunx system can’t play APEX now. Is it the GPU that was added just now? But Tony went back and found that the GPU and the Raspberry Pi were connected with double-sided tape, and there were no other pins. and so. . It is probably just an ornament.

So how does this thing work with APEX? Later, in the video introduction of Da Chuan, I discovered that this old man used the Parsec streaming software to play APEX. In other words, APEX is actually running on another computer, and this mini PC is only responsible for receiving images and transmitting commands.

As for the GPU and RGB fans, they are just to make the computer look more like a high-end gaming computer. .

it looks like a tall mini computer is actually not that difficult to make.

Similarly, this mini Macbook that can play “Minecraft”, its production process is not as complicated as imagined, it can even be said to be a bit simple and rude. 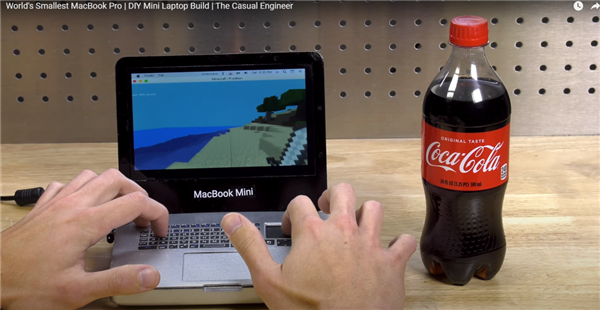 For example, the shell of the MacBook is also made by a 3D printer, and the motherboard is also a simple Raspberry Pi 4B.

In order to make the size smaller, cut off the extra part of the Raspberry Pi directly. . 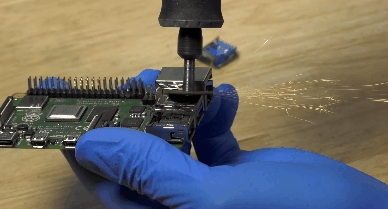 Even the keyboard of the MacBook was removed from the front mini-PC keyboard and connected directly. . 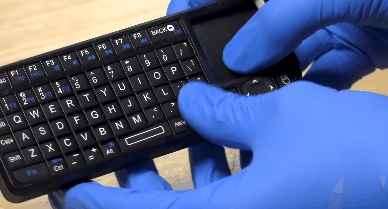 my brother recently changed his style, instead of making big things smaller, he started to make small things bigger.

For example, this Switch, which is as big as a table, is still a 4K display.

Such a big Switch is not a model, it’s a good game to play.

Of course, combined with previous experience, Tony advises you not to think about how delicate and complicated it is and how difficult the production process is.

Sure enough, after opening the casing, I found that my brother had stuffed the joy-con of the handle of Swtich into it. . 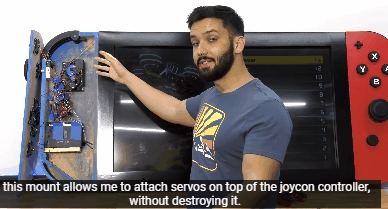 The sensor inside will convert his buttons into commands, and then command to control the flapper, flapping on the corresponding handle buttons. 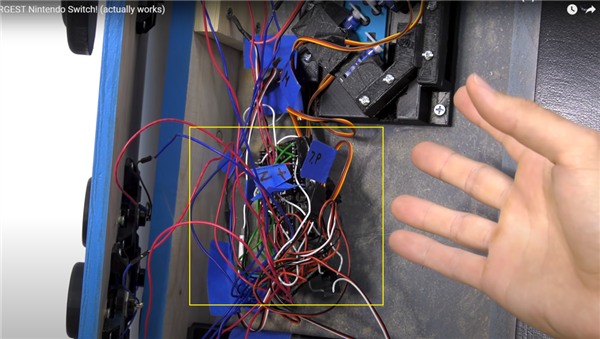 Good guy, this operation is a bit showy to me. .

Although the old man saw a few videos, there weren’t any operations that made people feel very powerful, and even a bit “opportunistic”.

But Tony thinks that,

on the one hand, he is sharing his production inspiration with everyone. In fact, there are many seemingly incredible things in life. Maybe from another perspective, it is actually not that difficult to complete.

On the other hand, if you have something you want to do, you can try to do it. Maybe you can get unexpected success. Just like this old man, although he is not a professional engineer, he was also selected based on his own creative ideas. Into the top 100 moments of the Raspberry Pi.

As the number one player in the bad review hardware area, Tony felt that he would have done it after watching this video of my brother. Not to mention, Shangmoubao bought a raspberry pie.