Automobiles are turning to electrification. Why are only Japanese hesitant?Two reasons | duzline.com

Japanese automakers still dominate the current global market for environmentally friendly vehicles (hybrid electric vehicles) and hope to use their huge investments in this technology for as long as possible to obtain more returns. However, Leaf’s original chief designer Masato Inoue (Masato Inoue) said that this short-sighted behavior may make Japan’s most important automobile industry miss a critical moment of change.

Inoue, who retired from Nissan in 2014, said: “When disruption occurs, people always feel fear. But whether we are ready or not, the wave of electric vehicles is really coming!” But from the current point of view, electric vehicles are only Just set off ripples. Electric vehicles account for less than 3% of global sales, and many buyers are worried about their higher cost, limited range and longer charging time. Except for certain luxury models, it is not easy to achieve profitability with these electric vehicles.

Japanese automakers are slow to transition to electrification

Nevertheless, the all-electric car race, which has been led by Tesla for a long time, continues to accelerate and expand this year. In January of this year, General Motors became the first major automaker to announce that it would eliminate all vehicle exhaust emissions and vowed to achieve this goal by 2035. Last week, Volvo pledged to only produce electric cars by 2030 to surpass its larger rivals. In addition to traditional automakers, start-ups like Weilai Motors, as well as giants in other industries such as Apple, are all seeking to take a share in this booming market.

Automakers in the United States, China, Europe, and South Korea are already rapidly surpassing Japanese competitors. Toyota did not launch the first pure electric car in the consumer market until early 2020, and then only sold it in China. Honda is relying on General Motors to produce electric cars for the US market. 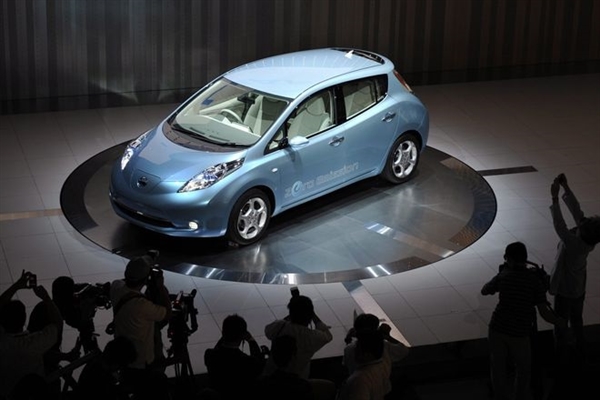 The Leaf, launched in 2009, is the first mass-produced electric car powered only by batteries

Part of the reason for the electric vehicle boom is that China, European countries and other regions plan to increase sales of electric vehicles in the next few years, or ban gasoline vehicles. Scientists say that abandoning the use of fuel vehicles is crucial to climate change and reducing smog.

These measures have created a huge potential market for all-electric vehicles, and investors clearly see it as the future of the automotive industry. Today, Tesla’s market capitalization is higher than the six largest automakers in the second place combined, even though its car sales account for only a small portion of them.

Still optimistic about the prospects of hybrid vehicles

However, in Japan, automakers and the government are questioning certain basic premises that drive the trend of electric vehicles. At least in the short to medium term, they are skeptical of the potential profitability and environmental advantages of electric vehicles. In December last year, Japan announced that it would stop selling new fuel vehicles before 2035.

However, the Japanese government still considers hybrid vehicles to be an important technology and has no intention to follow the example of the UK and California to issue bans. Japanese regulators said they will announce relevant details this year.

Toyota leads the trend of the entire Japanese automobile industry. The company owns the Daihatsu brand. In recent years, it has formed partnerships with three smaller automakers—Subaru, Suzuki, and Mazda to develop hybrid vehicles including hybrid vehicles. Electric car inside.

These three companies produce more than half of all Japanese cars. In addition, Toyota is also vigorously promoting the use of hydrogen fuel cells to drive cars, although this technology has not yet become popular in Japan or elsewhere.

In December last year, Akio Toyoda, as the president of the Japan Automobile Manufacturers Association, scorned Japan’s idea of ​​replacing hybrid vehicles with all-electric vehicles at a press conference, accusing the Japanese media of exaggerating the commercial and environmental viability of hybrid vehicles. Sex. 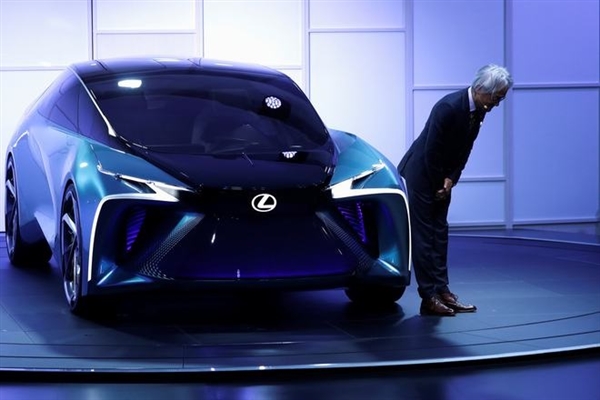 Toyoda said at the time that the cleanliness of electric cars depends on the electricity that powers them and the factories where they are built. As Toyota’s second largest market, Japan plans to achieve carbon neutrality by 2050, but as long as Japan continues to rely on fossil fuels for power generation, the realization of the environmental benefits of automobiles will still be far away.

He also said that Japanese automakers are in a state of “struggling desperately.” If Japan is forced to switch to all-electric vehicles that require fewer parts and are easier to manufacture, this could cause millions of people to lose their jobs and destroy auto parts. The entire ecosystem of suppliers.

The market research company IDTechEx stated in the report that the sales of gasoline-electric hybrid vehicles are expected to continue to grow until 2027. The company’s analyst James Edmondson said that, therefore, it is understandable that Japanese companies and regulators want to recoup the country’s huge investment in hybrid technology and wait for consumer preferences and foreign regulations. The system has evolved.

Edmundson said: “For manufacturers like Toyota and Nissan, hybrid vehicles are so important, and this is a good business case for them, so the government’s continued promotion of hybrid vehicles will benefit them more than harm. .”

Kota Yuzawa, an auto industry analyst at US investment bank Goldman Sachs, said it is not a question of whether Japanese automakers can complete the transformation. They have world-class technologies and have invested a lot of resources to develop more technologies, “but they are waiting for the right time for transformation.” He also said: “The biggest question is: Can you make a car for the mass market? Can you achieve a breakeven?”

Nissan once again acts as a pioneer in electrification transformation

Leaf designer Inoue said the answer is yes, but the transition from producing hybrid vehicles to producing all-electric vehicles is not easy. He explained that these two cars cannot be produced on the same platform at low cost. “If many companies do not change now, the efficient production of electric cars will become very difficult in the future.” 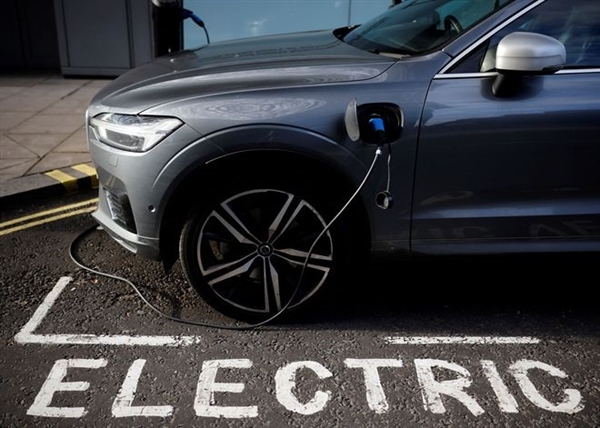 Volvo said last week that by 2030, all its models will be fully electrified

With the history of mass production of electric vehicles, Nissan can be said to be the company in the best position in the zero-emission vehicle market among major Japanese automakers. But the company itself admits that it has lost its lead and is now trying to catch up. Last summer, Nissan released the most ambitious battery electric car since Leaf, the SUV named Ariya. In January of this year, the company stated that it will achieve carbon neutrality by 2050. This decision reflects that it will follow the trend of Japan’s national policy changes last year.

However, like other Japanese automakers, Nissan is also cautious. The company’s chief sustainability officer Joji Tagawa said in an email: “In Nissan’s main market, all new cars will be electrified by the early 1930s. But in other markets, we will gradually switch to electric vehicles.” At the same time, the company will vigorously promote its new hybrid technology, called e-Power, which is essentially an electric motor driven by a gas generator.

Kazuo Yajima, the former chief engineer of Leaf, said that in Japan, the government’s lack of enthusiasm for promoting zero-emission vehicles may put Japanese automakers at a serious disadvantage. China and the European Union have lost in the competition in hybrid technology, so the governments of the two countries have made a strategic decision to invest in the development of electric vehicles, including key technologies such as batteries.

Leaf designer Inoue agrees.He said that the auto industry will be the “last battlefield” of Japanese industry. He said: “Japan still has certain advantages. But I think if we lose the opportunity to enter the electric vehicle field in 10 years, we may lose.”